Four in a row for Breen as tarmac title beckons 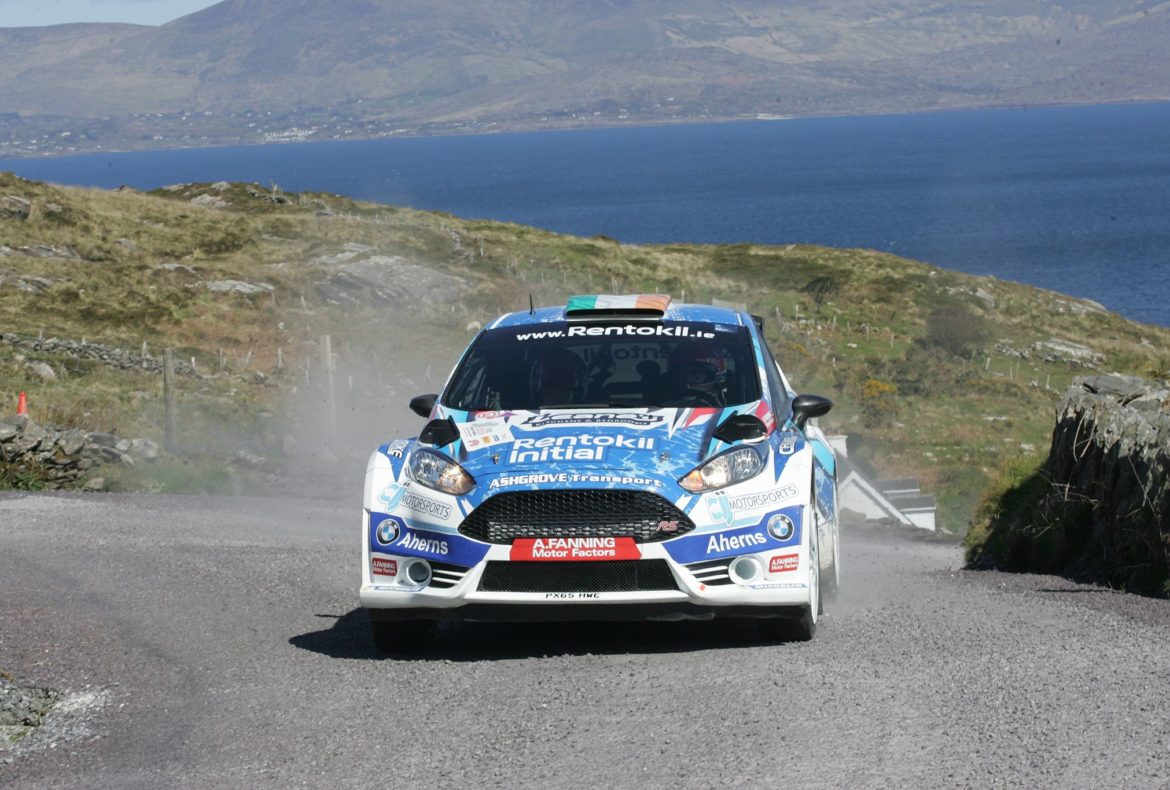 Four in a row for Breen as tarmac title beckons

Craig Breen & Paul Nagle in a Ford Fiesta R5 took a hard fought victory in the Cartell.ie International Rally of the Lakes in Killarney to edge closer to the Irish Tarmac Rally Championship. The Waterford / Kerry pairing took their fourth consecutive win to move eighteen points clear of Alastair Fisher & Gordon Noble. Like in two of the previous rounds Fisher proved to be Breen’s closest rival and at the end of the events sixteen stages the Fermanagh driver was only 14.9 second behind Breen. Callum Devine and Brian Hoy made it a Ford Fiesta 1-2-3 after another excellent performance where they set several fastest times over the weekend. Breen led from the start but was pushed all the way by Fisher who in turn fended off a second day challenge from Devine with all three drivers a long way clear of Desi Henry & Liam Moynihan in fourth place. Among the retirements were Josh Moffett & Manus Kelly (both off road), Sam Moffett (sheared wheel) and Jonny Greer & Daniel Cronin (mechanical).

The Modified championship sees a few positional changes with David Condell finishing in fourth place to move into second overall in the series. Damian Toner who didn’t compete in Killarney still holds a lead of 15.5 points while Conor McCrossan moves into third place ahead of Kevin O’Donoghue and Gerard McQuaid who tie for fourth. The Historic Championship is still being led by Ray Cunningham but Duncan Williams took top points to consolidate third place behind Craig MacWilliam. The Junior Championship is being led provisionally by Cian Walsh on 31 points with John Joe Williams second overall on 26 points.