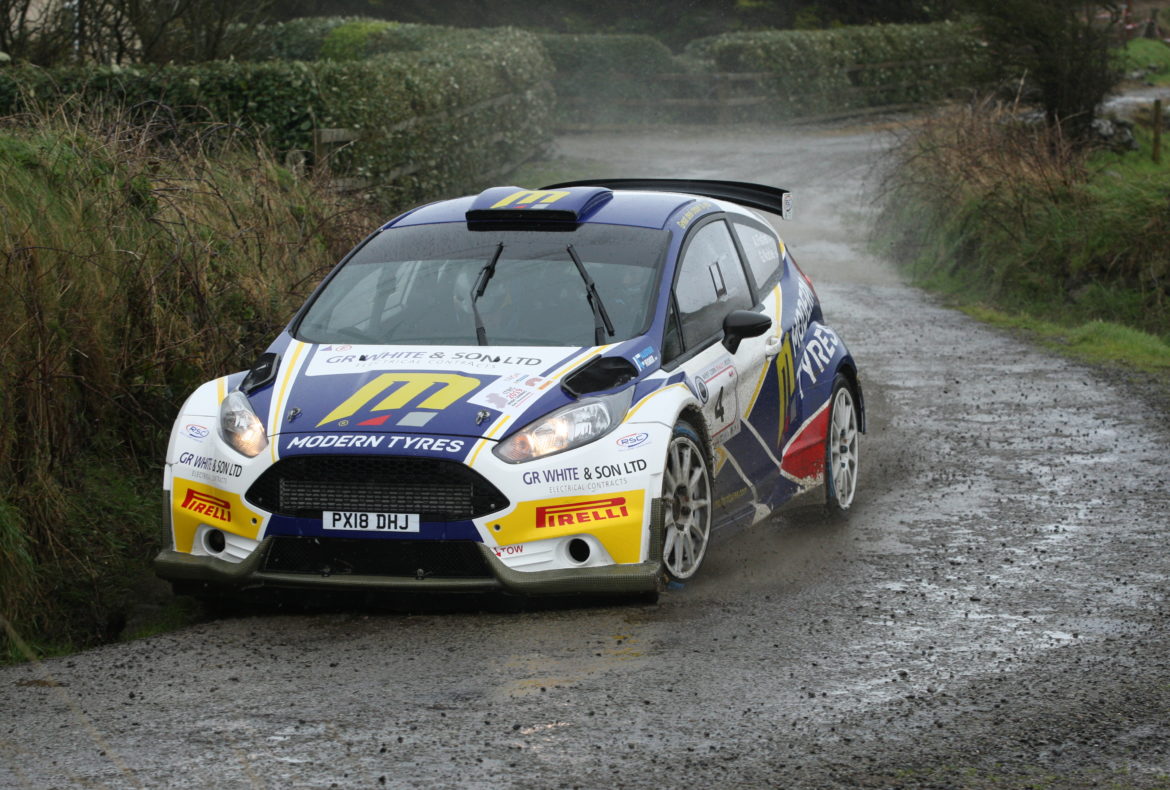 After a seven week break the Irish Tarmac Rally Championship kicks back into gear this coming weekend with round five, the iconic Donegal International Rally taking place from 21st – 23rd June. As always the three day 20 stage event has attracted a very strong entry, and some registered competitors have moved to World Rally Cars for the event and therefore are ineligible to score points this time around. Craig Breen, Desi Henry, Sam Moffett & Cathan McCourt are among those to make the switch while leaves the door open for some drivers to make some serious championship gains. Craig Breen currently leads the series after four successive wins to hold an eighteen point lead, but closest rival Alastair Fisher will be looking to close that gap substantially in order to keep his slim hopes alive. Fisher is the highest seeded of the R5 championship contenders at number seven, but he will be pushed hard by Josh Moffett who is directly behind him on the road.

The younger Moffett brother is the reigning tarmac champion, but has had a very difficult year to date with mechanical problems on a couple of events and an accident on the last round in Killarney leaving him well adrift.  Callum Devine has been a revelation this year and has got quicker on each round since starting his campaign in West Cork. Third place the last time out in Killarney means he will be well in the mix to take top points in Donegal. It has also been a mixed year for Welsh driver Meirion Evans with some mechanical issues dropping him out of the running on a few events, but he has also shown flashes of speed in the Hyundai on his first full Tarmac Championship season. Manus Kelly has won Donegal for the past three years, but although he is top seed this year, he will be in a Hyundai i20 R5 as he continues to get to grips with his new car. A number of accidents and a difficult learning curve adjusting to LHD have hampered progress, but the Donegal driver is nothing if not determined, and will look for a strong performance on his home rally.

William Mavitty and Andy Davies have been locked in battle all year for Group N honours and with two wins each so far, the pair are tied at the top of the IRTC2 standings. Michael Boyle has shown he has the pace to beat both drivers but has failed to finish on both rounds he competed on this year so far. William Creighton currently leads IRTC3 but is not competing in Donegal leaving the door open for Johnnie Mulholland to move into the lead with a good finish. Eamon Kelly is on home territory though and will be more than capable of a good result in the hills.

The modified championship brings together most of the main protagonists, with championship leader Damian Toner holding a 15.5 point lead over David Condell. Damien Tourish and Brian Brogan will be expecting to do battle for top points with both drivers having a lot to do to catch up with the leaders. Conor McCrossan and Gerard McQuaid have been very consistent in the rounds they have competed on and currently lie third and fourth respectively and still in with a strong shout for overall honours. JR McDaid who finished runner up last year in the championship is another who will be looking to improve his overall position after a mixed first half of the season.  The Historic Championship is being led by Ray Cunningham in his magnificent Mini, but he is not competing in Donegal which leaves the door open for Craig MacWilliam or Duncan Williams who currently lie second and third respectively. MacWilliam is only 5.5 points off the lead while Williams who is 12 behind Cunningham was very impressive in Killarney and will be looking for another maximum score here. Luke McCarthy has made the switch this year to an Escort and has been very impressive, taking top points in West Cork. Other championship regulars to attempt Donegal include Brendan McAree, Andy Johnson, Adrian Kermode, Martin Freestone & Philip McKibbin.

The Junior Championship has been much tighter this year, and three Cork drivers lead the way. Cian Walsh holds a five point lead over John Joe Williams with both drivers entered in Donegal along with Aaron Brown who holds joint third place. Cathal Nolan from Clare is another of the registered crews to enter, but Conor Murphy and Michael Cunniffe are currently on the reserve list such is the demand for entries. Over thirty have been received for the junior category but only 25 can start the rally on Sunday.

The action gets underway near Buncrana at 12.17 on Friday 21st with the Mouldy Hill stage. There are six stages in all the first day, eight on Saturday and six more to conclude the rally on Sunday evening with the first car due back at the finish ramp at approximately 5.30pm.