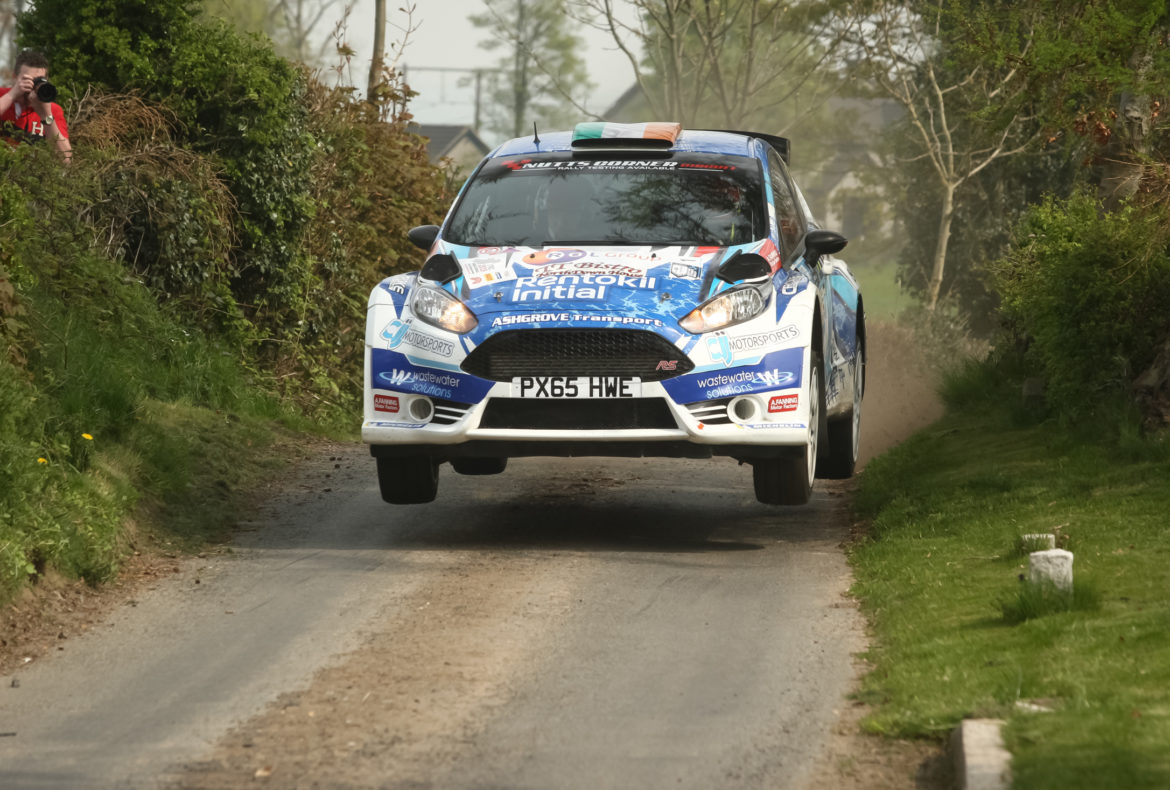 Craig Breen and Paul Nagle (Ford Fiesta R5) will be looking to take a step closer to winning the 2019 Irish Tarmac Rally Championship when they tackle this weekend’s Cartell.ie International Rally of the Lakes in Killarney. This popular event is the fourth of a seven round series that has seen Breen win all the rounds to date and hold a fifteen-point advantage in the championship. For co-driver Paul Nagle who is a KDMC member it would be a dream come through to win his home international rally for the first time with this year also being the 40th running of the event.

As usual there will be a strong line up of drivers looking to topple Breen, something that hasn’t happened to date, but hasn’t been for the want of trying from his rivals. Alastair Fisher & Gordon Noble is second in the championship following two second places and a fifth place on the recent UAC Easter Stages Rally. Alastair has provided the biggest threat to Breen this season and if he can get ahead it should make for a fascinating tussle. Josh Moffett in third place has found Killarney somewhat of a challenge in recent years with an accident three years ago and persistent mechanical problems last year putting out of the running on each occasion. He has still to reach the form of last year when he won the Tarmac title, but don’t rule out a spirited defence of his crown for the remainder of the season.

Sam Moffett is a previous winner of the event and always enjoys the Killarney stages and after a subdued year by his standards to date will be looking to lay down a marker here. Robert Barrable and Desi Henry were perhaps the stars of the 2018 rally, with Barrable leading overnight before he was overhauled on the quick Sunday stages. Henry showed good form on the recent UAC Easter Stages with a fine second place and will be looking to build on that in Kerry. Callum Devine has also impressed on his two outings to date with only mechanical problems dropping him out of second place on the last round. Jonny Greer & Daniel Cronin have some experience of the Killarney stages with Greer lying in join third in the championship, while Cronin will be doing his local international and will be hoping for better luck than in West Cork when an overheating engine put him out.

Last years winner Manus Kelly is in a Hyundai i20 R5 this year and has found the switch to LHD a challenging one. Nonetheless the Donegal driver is nothing if not determined and last year’s winner will be keen to get more miles in his new car before his home international in June. Young Welsh driver Meirion Evans attempts Killarney in his Hyundai having shown flashes of pace so far this season and with more consistent times can muscle his way into the reckoning. Billy Coleman Award winner James Wilson will also be R5 mounted over the weekend as he makes the step up into a Hyundai and should be a great experience for the Armagh driver. Willie Mavitty and Andy Davies will be resuming their rivalry in Group N with 2017 & 18 champion Mavitty being strongly tested by Davies this year as the Welsh driver has proved impressive on Irish Tarmac.  William Creighton who leads the ITRC 3 category is the top seeded driver ahead of Ronan Denning, Johnnie Mulholland and Eamonn Kelly.

The Modified Championship leader Damian Toner is giving this round a miss and with a comfortable lead of 24 points over second placed Gerard McQuaid will still be leading going into the next round. McQuaid and third placed Damian Tourish are not entered either so David Condell, Conor McCrossan and Kevin O’Donoghue (on his home event) are lying fourth, fifth and seventh respectively and will be looking to move into second place after the weekends action. In contrast all of the main historic challengers are present apart from Owen Murphy. Championship leader Ray Cunningham skipped the last round but still holds a lead of 3.5 points from Craig MacWilliam who took maximum points on the last round. Duncan Williams and George Cullen are no strangers to Killarney either and will also be in contention to close in if Cunningham hits problems. Declan Jackson makes the trip from the Isle of Man as does Adrian Kermode with both drivers scoring well in this year’s series. The Junior championship is very tight as Shane Norris and Aaron Browne share the lead and will be going head to head in Killarney. Cian Walsh in third place will be looking to make up for the disappointment of retiring in West Cork while John Joe Williams and Cathal Nolan will be looking to build on steady championship start

There are sixteen stages over two days in Killarney this coming weekend. The first day will see the crews tackle Molls Gap before doing two laps of the fabulous Beara stages. The Sunday stages are to the south and east of Killarney and will be every bit as testing for crews and cars alike.