Breen has title in his sights 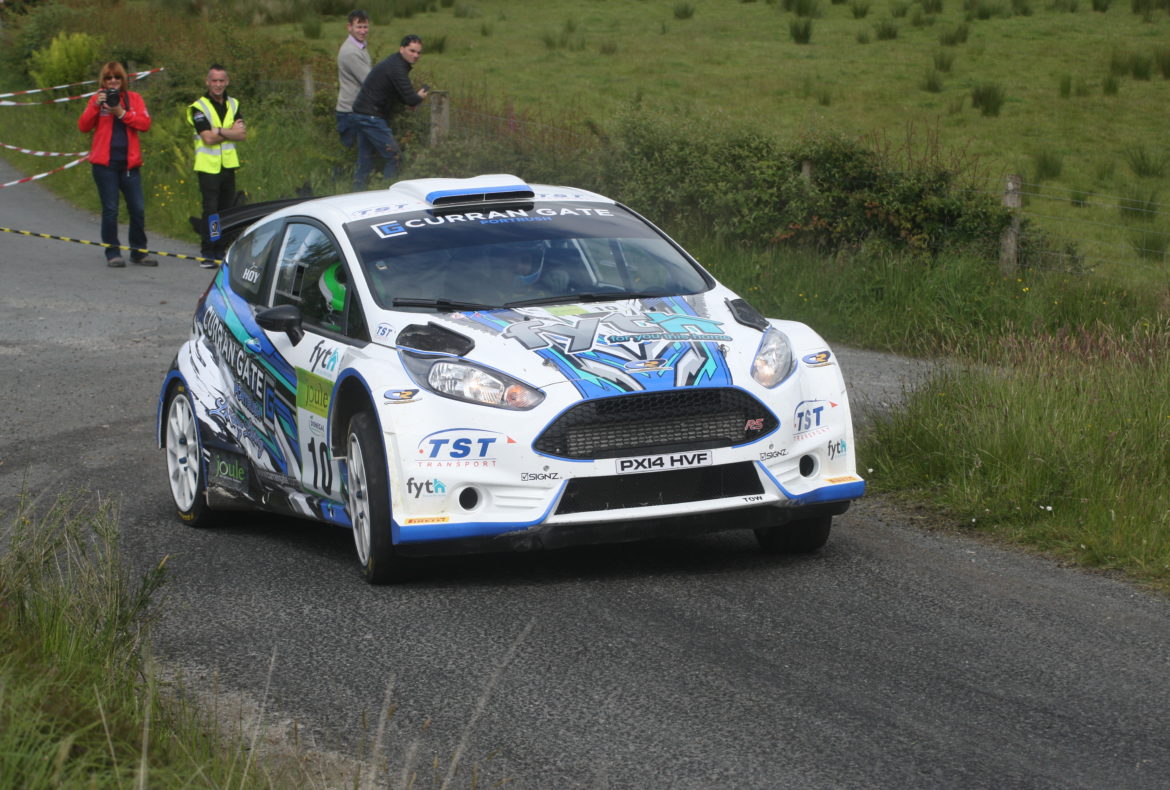 Breen has title in his sights

The Today’s Ulster Rally which takes place on Saturday August 17th is the penultimate round of the Irish Tarmac Rally Championship which is still very much up grabs. Championship leader Craig Breen wasn’t eligible for points on the last round due to driving a World Rally Car, the tragically curtailed Donegal International Rally, but is still odds on to take the title. Breen and co-driver Paul Nagle will appear in Newry in a Melvyn Evans prepared Hyundai i20 R5 as they bid to wrap up the series with another strong result. Lying six points behind is Fermanagh driver Alastair Fisher in a Ford Fiesta R5who will be hoping for a Breen slip up to keep the championship challenge going until the last round in Cork. Fisher has been Breen’s closest rival all year but is still waiting for his first outright rally win in the Tarmac Championship, while if Breen wins in Ulster he will take the title.

Callum Devine (pictured above) has been one of the revelations of the year, taking top points in Donegal and getting progressively quicker with each passing round. Could he finally take an overall Tarmac championship round win on the Ulster Rally? It certainly won’t be for the want of trying and he has the talent to do it. Mathematically Callum still has a chance of the title but will need a slip up from his rivals in order to head to the final round with a fighting chance. There are others too that are capable of good result, with Josh Moffett the 2018 champion likely to be challenging after a very mixed year by his standards. Jonny Greer will be very much on home territory and can be relied on to put in a strong performance while Desi Henry is back out in a Fiesta R5 and Meirion Evans and Daniel Cronin are two others that can mix it with the best. With the BRC also in town, Tom Cave can take points for both series having finished third overall in West Cork.

Willie Mavitty & Andy Davies are locked in battle for Group N honours with Mavitty holding a three point lead. Mavitty has taken top points twice in the category this season and Davies once, but both drivers have a string of runner up points as well, and this will go down to the wire in Cork. William Creighton and Johnnie Mulholland tie for the lead in ITRC 3 with Eamonn Kelly getting quicker on each round and currently in third place.

Tarmac Championship Overall Points After Round 6

Damian Toner leads the Modified Championship from David Condell and will be looking to use the proximity to home to his advantage on this round. Condell has been impressive this season on rounds that he hadn’t done before such as Donegal and West Cork. Damien Tourish, Conor McCrossan and Gerard McQuaid complete the top five places with only 1.5 points separating those three drivers.

The Historic Championship sees Duncan Williams lead on 58 points but Craig MacWilliam is only 2.5 points behind. Ray Cunningham in third place is only five points off the lead but has missed two of the last three rounds. Adrian Kermode lies in fourth place on 38 points, nine ahead of Luke McCarthy who in turn is three ahead of Andy Johnson who completes to top six.

The Junior Championship is being led by Cian Walsh on 31 points with John Joe Williams in second place just five points behind. Aaron Browne and Shane Norris are tied for third place with Mick Lonergan in fifth place and still in with a chance of the title.