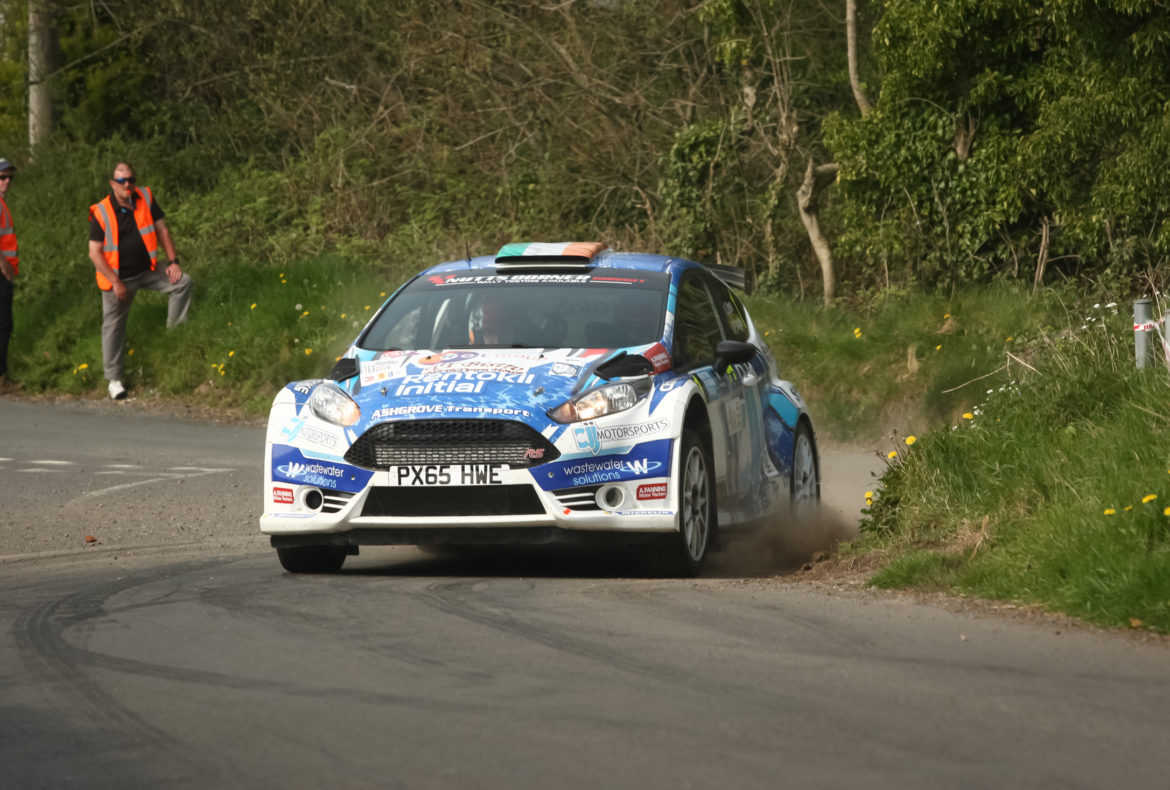 Craig Breen & Paul Nagle (Ford Fiesta R5) justified their favourites tag to make it three wins out of three in the 2019 Irish Tarmac Rally Championship. They took victory by just over 18 seconds in the Wastewater Solutions UAC Easter Stages Rally having built up a lead over the opening days six stages and managed that lead throughout the second days nine stages. Despite that, the dry and fine conditions meant the pace was very hot and Breen couldn’t afford even a slight mistake with Desi Henry, Jonny Greer and Callum Devine all keeping the pressure on right till the end. Henry eventually took second on the last loop as steering problems cost Devine and Greer clipped a bank with valuable seconds lost in both instances. Alastair Fisher had to be content with fifth place having started slowly, and although the times were better on the second day he had too much ground to make up.

Sam Moffett in sixth place was another to start slowly by his standards and was unable to make any headway during the weekend, finishing almost a minute behind Breen. Meirion Evans had a solid run to seventh place as the young Welsh driver took his best result of the championship to date. Josh Moffett had led early on but electrical problems cost him a lot of time towards the end of the first day and he eventually had to settle for a subdued eighth place just six seconds clear of Manus Kelly who gained his first top ten finish since the switch over to the Hyundai. William Mavitty took top Group N championship points after a great battle with Andy Davies while William Creighton was top 2WD finisher in his Peugeot 208 R2.

Provisional Championship Points after Round 3

Damian Toner extended his lead in the Modified Championship with a strong showing that saw him home in 12th overall and top 2WD car to finish. He had over four minutes to spare over Gerard McQuaid with the modified driver doing his championship chances no harm at all with his best points score so far this season. Craig MacWilliam took to points in the Historic Championship which is enough to move him into second place overall in the series. Adrian Kermode took second registered crew as Andy Johnson suffered a second day puncture to drop him to third place.