Breen & Nagle are Tarmac Champions for 2019 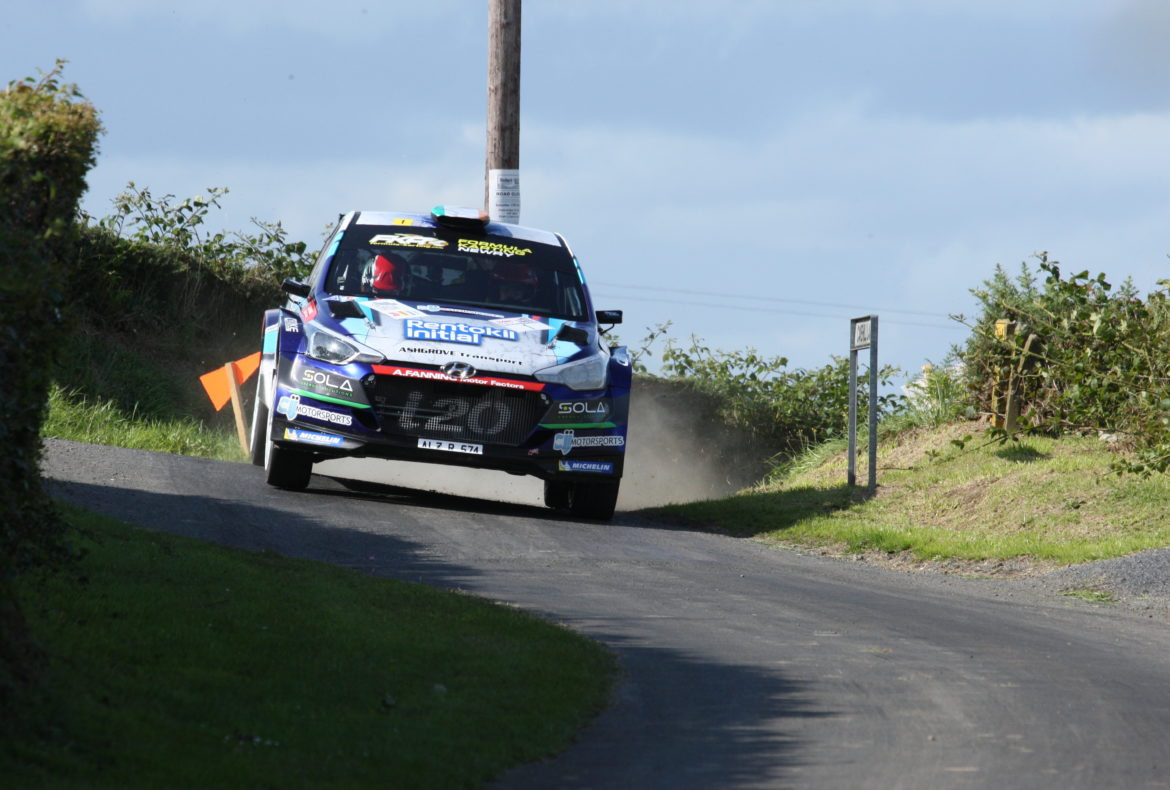 Breen & Nagle are Tarmac Champions for 2019

Craig Breen & Paul Nagle are the 2019 Irish Tarmac Rally after taking a start to finish victory in the Today’s Ulster Rally. Breen who drove a Hyundai i20 R5 on this occasion win took his fifth win of the season which leaves him in an unassailable position with one round still to go. The winning margin after the nine stage event was 20.5 seconds over Welsh driver Matt Edwards who was in a Ford Fiesta R5. Callum Devine & Brian Hoy were just over 20 second further back to take the final podium place in another Ford Fiesta R5. It was a frustrating event for Alastair Fisher who suffered with a misfire which ultimately dropped him to fifth behind Meirion Evans who switched to a Skoda Fabia R5 for the event. It was the young Welsh driver’s best performance of the season following his switch from a Hyundai for this round.

Daniel Cronin & JJ Cremin took sixth place after making the long journey up from Cork in yet another Ford Fiesta R5. There was a notable level of attrition with Josh Moffett (accident), Desi Henry (driveshaft), Jonny Greer (mechanical) and Tom Cave (accident) all side-lined. The Group N battle is going to the final round in Cork as Andy Davies had just under thirty seconds to spare over William Mavitty as the pair where locked in battle for the entire event. It’s been the story of the season with the pendulum swinging one way and then the other.

In the Modified Championship Damian Toner took yet another win on the way to fantastic eighth overall but he was pushed very hard by David Condell. The Carlow driver put it up to Toner and was rewarded with ninth overall just 11 seconds behind his rival and keeps the championship alive going into Cork. Top Historic points went the way of Duncan Williams who finished ahead of Ray Cunningham. This extends his championship lead over the Galway driver to eight points with Adrian Kermode completing the podium positions. The final championship round is the Cork 20 Rally which takes place on 28th & 29th September.

Massive thanks to @alastair_fisher for opening up on Bertie's legacy, his @GalwayIntRally win and @IrishTarmacTROA title ambitions.