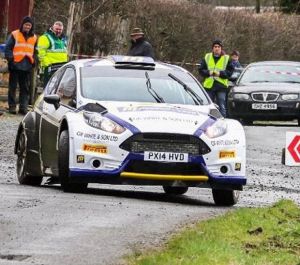 Friday morning sees the start proper of the Circuit of Ireland, which promises to be one of the most hotly contested rallies seen on these shores. There will be 38 R5/S2000’s on the start line, 15 from the Island of Ireland of which 13 are Tarmac Championship registered, 11 from England/Scotland/Wales and 12 from the rest of Europe. Several of the Irish/UK drivers are contesting both the BRC and ITRC with a few registered for the ERC as well.
Who will be on the top step of the podium come Saturday evening? Even Paddy Power would struggle to work this one out. One thing for sure; whoever is, will have earned it!
Current Tarmac Championship leader Keith Cronin will be out to score maximum points on both Championships, but it will not be an easy task. In the Tarmac Championship, the Moffett brothers Sam & Josh from Co.Monaghan are set along with Alistair Fisher, Stephen Wright, Joseph McGonigle, Jonny Greer and Brendan Cumiskey among others to put the fight to him.
14 Special Stages await the crews over Friday and Saturday, one of which is a spectator stage in Newtownards on Friday evening. 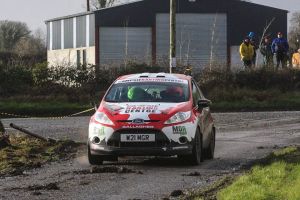 In the R2 category, four registered competitors will take to the start line. These guys are among the best young drivers in Ireland and they will be out to prove that they can match the best in Europe. Expect a titanic battle. Calum Devine currently leads the Championship, but there was only a handful of seconds between himself and William Creighton at the finish in West Cork.
Marty Gallagher is sure to there or there-abouts and will, after the unfortunate incident in West Cork, be keen to grab a hatful of points. Marty incidentally is also registered for the BRC.
Frazer Mullholland is the fourth registered competitor and could be a dark horse. 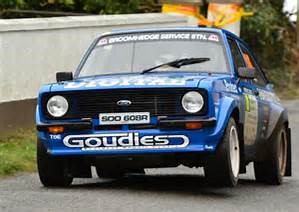 MODIFIED
The Scottish raiders are at it again, after the exploits of Ross Hunter in 2015, Ross Marshall has slipped quietly to the top of the leader board after West Cork and will no doubt be one of the favourites to go home with a good haul of points. Wesley Patterson, Frank Kelly and Eugene Meegan all need to score decent points on this round after previous non finishes. No doubt there will be plenty of sideways action from the guys this weekend. 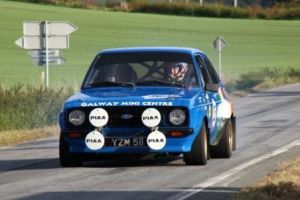 Historic
Make no mistake there is nothing Historic about these guys. This will certainly be another Titanic battle. Six App K cars will cross the start ramp with Dessie Nutt returning to the Championship in the older version of the 911. Richard Hall has had little luck in the Sierra in 2015; if he can get the reliability he will certainly be one of the favourites. Philip Wylie after a very productive outing in West Cork, Aidan O’Connor, and Frank Cunningham all in Mk 2 Escorts; Andy Johnston in the Chevette and Brendan McAree in the 911 will all be trying to claim the top spot on the podium.

N4
Current N4 Championship leader David Guest has not entered the COI; this leaves the door open for the others to close the gap. William Mavitty surprised himself with his pace in Galway, not having competed in a year and a half. The Kearney brothers will be in the mix and there is sure to be a “ding dong” battle between them. Peter O’Kane has not had much luck so far this year and if he gets a clear run he will certainly be challenging for the top spot.

Two special duos talk about the start of another season and what makes Galway special.

A Galway classic is only days away 🔥🔥🔥

Who is your money on for this weekend's Galway International Rally?

We are pleased to announce that Junior ITRC will be sponsored by Paul Browne Plant Hire & Civil Engineering in 2023!