Winning Start for Breen in Galway 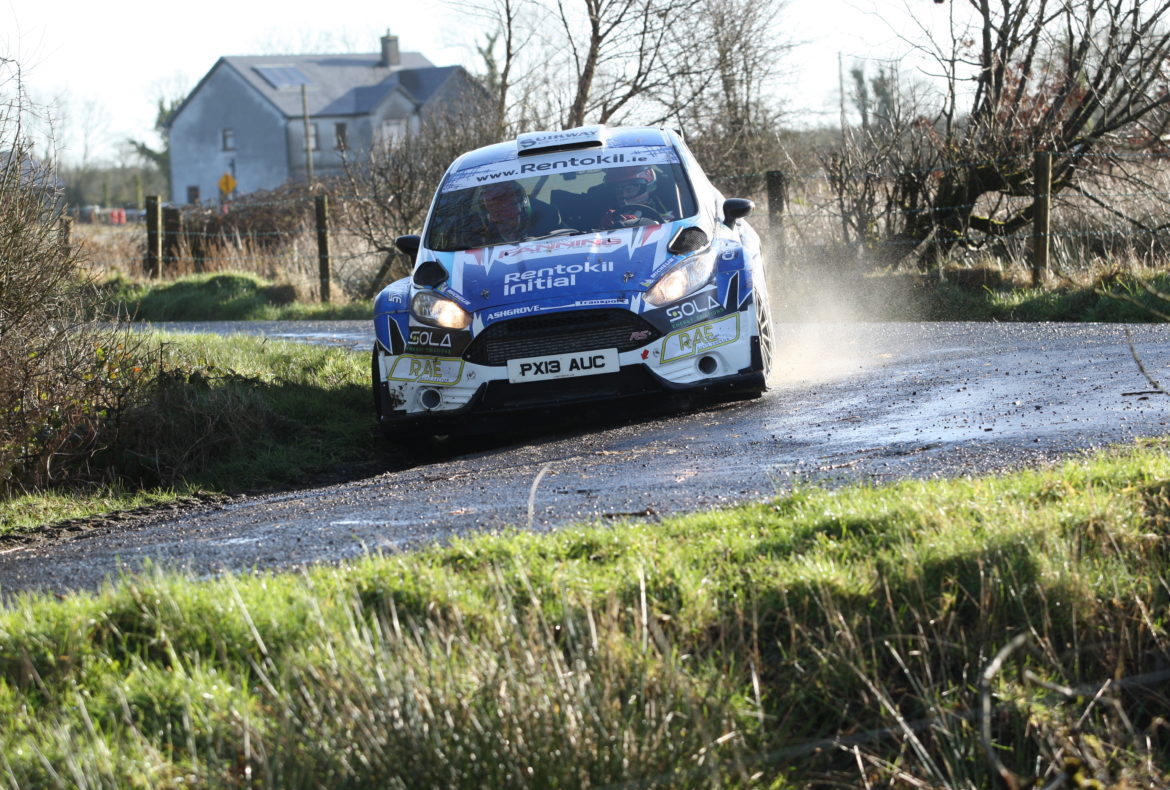 Winning Start for Breen in Galway

Craig Breen and Paul Nagle got their partnership off to a winning start by taking their Ford Fiesta R5 to victory on the opening round of the Irish Tarmac Rally Championship, the Corrib Oil Galway International Rally. At the end of the nine stage event they had 14.4 seconds to spare over the similar car of Alastair Fisher & Gordon Noble who kept a very strong pace throughout belying the fact that Alastair hadn’t competed in sixteen months. Fisher led after the second stage but in the end had to give best to Breen while third place went to Josh Moffett & Keith Moriarty in yet another Ford Fiesta R5. In fact nine of the top ten finishers were in Ford with fifth place Desi Henry the sole interloper.

Breen survived a big overshoot on the opening stage and swapped times with Garry Jennings for the first five stages until the Subaru driver went off the road and out of the rally on stage 6. Sam Moffett was an opening stage retirement when he went off the road and broke the steering. Cathan McCourt was another major retirement from the top ten after slipping into a drain having set some top five times.

Top 6 Championship Positions after Round 1

In the Modified Championship Damien Tourish was an impressive winner in his Ford Escort with over a minute to spare over the similar car of Damian Toner. These two held the top two positions all the way through the day with some very brave driving in testing conditions. Third place went to Galway crew Richard & James Whelan in a BMW 1M who achieved one of their best results in their local rally to date.

There were only four finishers in the Historic Class as Ray Cunningham put on a master class in his Mini to win by almost two minutes over George Cullen. Craig MacWilliam and Adrian Kermode completed the registered crews to finish. The Junior class also saw high attrition, with Michael Cahill taking victory by a big margin, over two and a half minutes from Shane Norris. Cian Walsh and Cathal Nolan were the other finishers to get points on the board after the opening round.