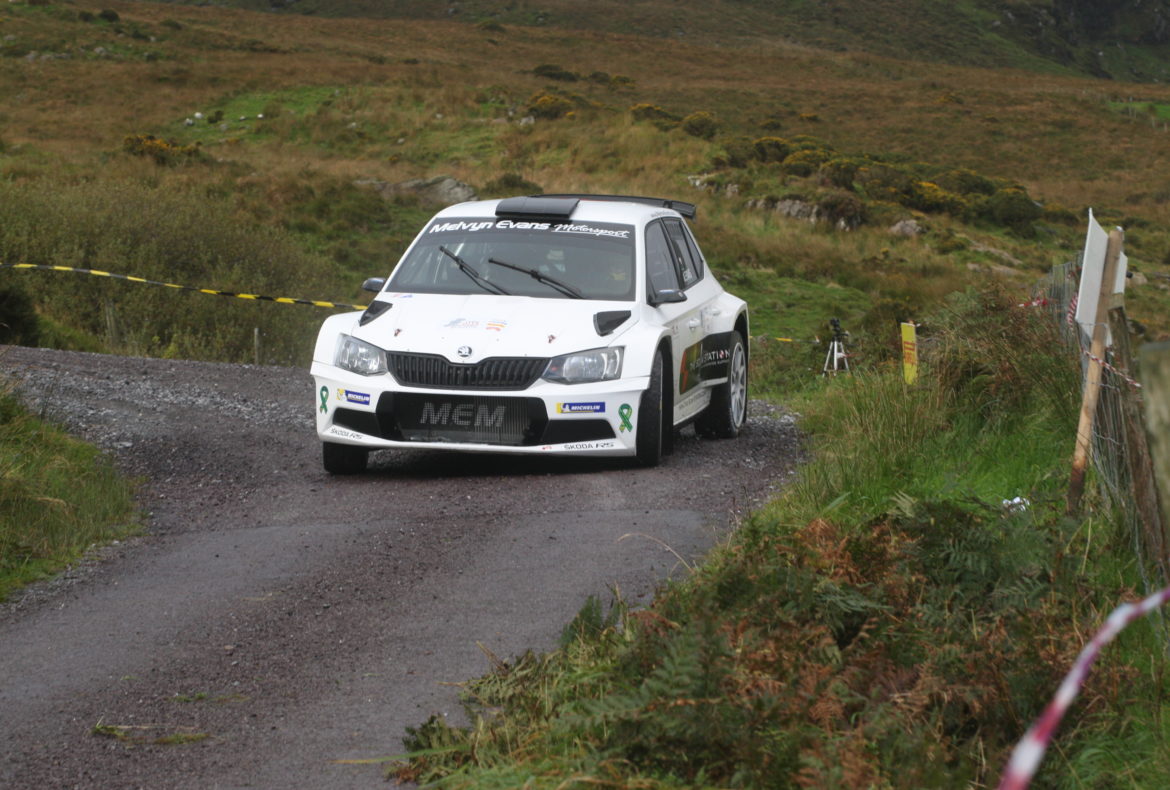 The overall Irish Tarmac Rally Championship may have been decided in Craig Breen’s favour after the previous round in Ulster, but the final round in Cork wasn’t without its excitement and drama. At the end of the thirteen stage CB Tool Hire Cork 20 International Rally it was Marty McCormack & Barney Mitchell who took their first ever victory on a tarmac championship round and also gave the VW Polo R5 a winning Irish debut. Callum Devine & Daniel Cronin both led at various stages but both slipped off the road as did Cathan McCourt who was lying in the top three. McCormack took the victory but Meirion Evans in second place pushed hard and took maximum tarmac championship points with second place. This provisionally put in him fourth place overall in the championship standings behind Breen, Alastair Fisher & Devine. Jonny Greer recovered well from transmission woes on the first day to take third overall and fifth place in the championship.

The ITRC 2 championship went right down to the wire with a winner takes all battle between Andy Davies and William Mavitty. Once again there was little to choose between the pair, but Davies eventually edged his rival to take the Group N tittle to Wales and prevent Mavitty from winning the series for three years in a row. William Creighton took the ITRC 3 title in his Peugeot 208 R2 with Johnnie Mulholland finishing second overall in the championship in a Fiesta R2T.