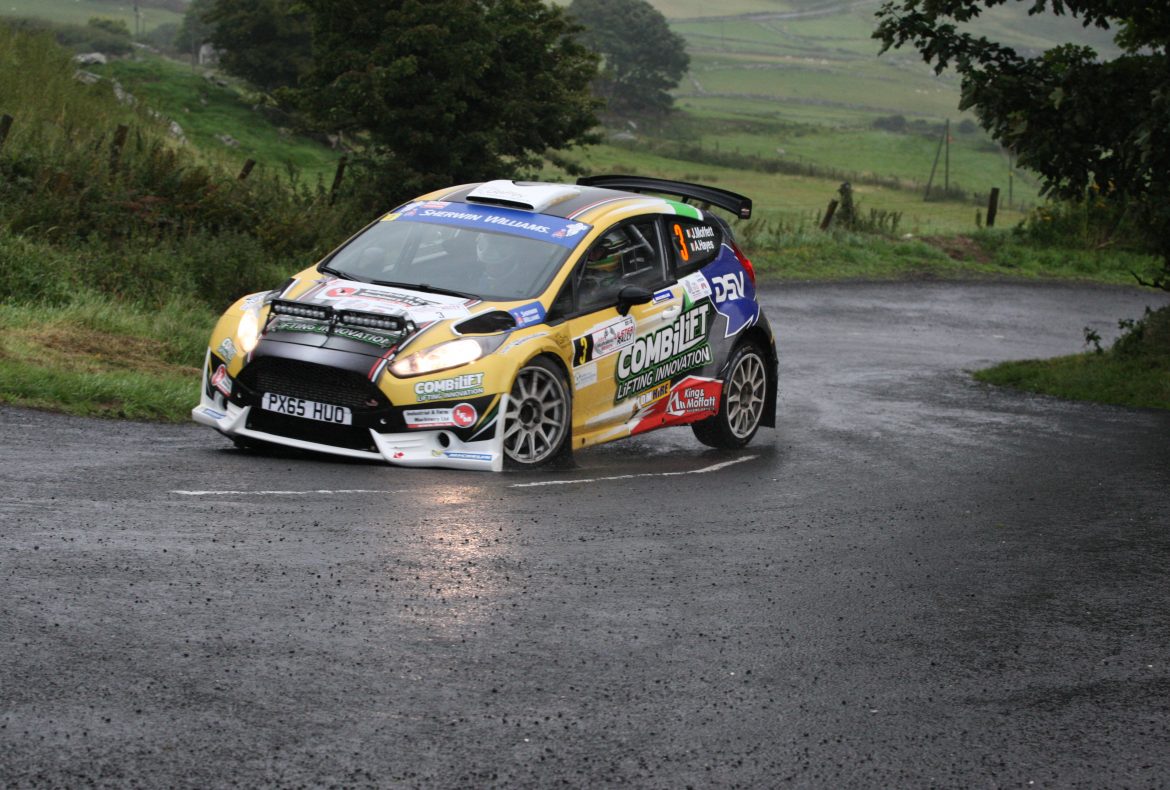 Josh Moffett & Andy Hayes have the 2018 Irish Tarmac Rally Championship in their sights after taking maximum points on the John Mulholland Motors Ulster Rally. The pair settled for second behind event winners Matt Edwards & Darren Garrod in a similar Ford Fiesta R5. Only Desi Henry and Jonny Greer could have prevented Moffett from taking top points in the championship but Stage 3 Cairncastle saw both drivers crash out on the same corner to make Moffetts task a whole lot easier. A brilliant run from Jordan & Paul Hone saw them bring their Opel Adam R2 into tenth overall (7th international) in the final classification and they also picked up fourteen Tarmac Championship points. William Creighton & Liam Regan in a Peugeot 208 R2 took third placed points (9th international) after a fine drive.

The Treaty Plant Hire Modified Championship saw Kevin Eves extend his lead despite competing in a hired Mk2 Escort as opposed to his usual Toyota Corolla. Eves finished a fabulous sixth overall and with Kyle McGettigan taking second placed points following his ninth place overall it extended his championship lead from three to eight points over John Bonner who had to be content with twelfth position. Ernie Graham took top points in the Historic category after overcoming long running reliability problems in his BMW M3, while Andy Johnson & Jim McSherry put up a strong performance to take second place to move into second place overall in the championship. Maurice Meskell took third place points in his Escort MK1. The Junior Championship was wrapped up by Gary McNamee as he took his third maximum score of the season from three events. That was enough to leave McNamee in an uncatchable position with one round still to go.

The final round of the 2018 championship, the CB Tool Hire Cork 20 International Rally, takes place on the 29th & 30th of September.