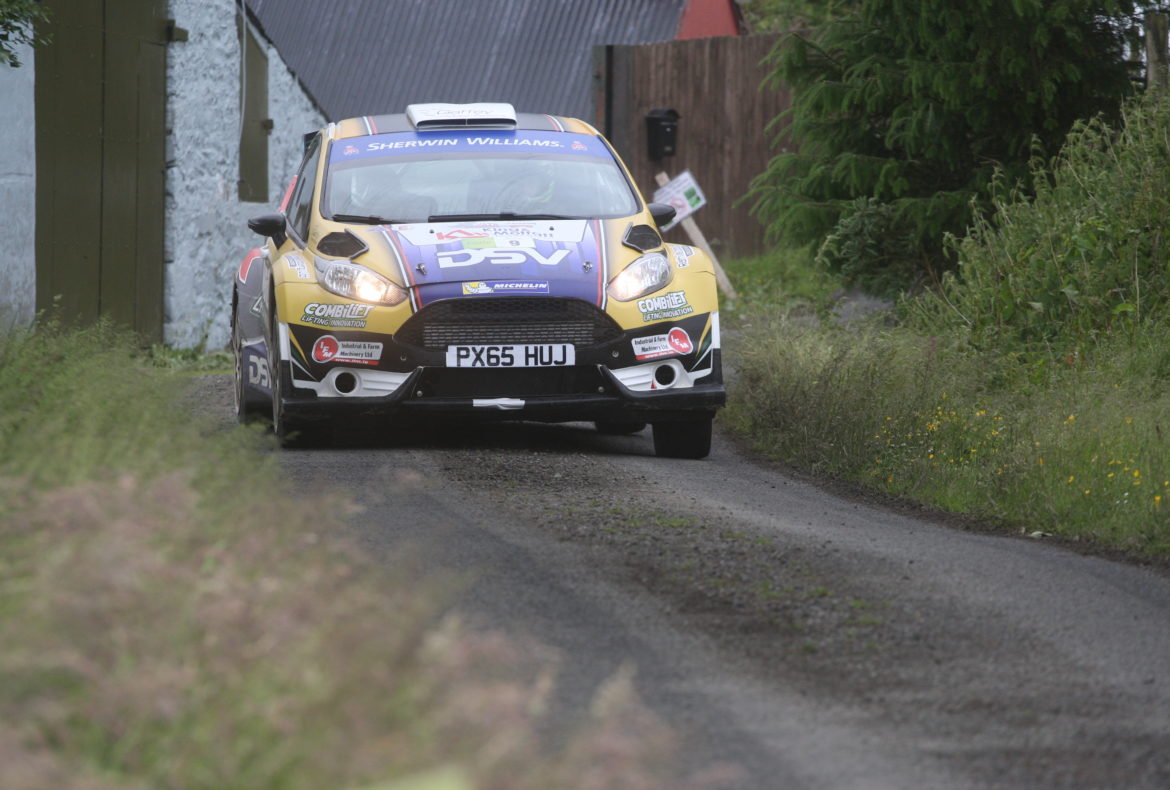 The 2019 Irish Tarmac Rally Championship is shaping up to be very exciting indeed with strong interest being shown across the various categories ahead of the Galway International Rally which takes place on Sunday February 10th. The oldest International Rally in the Republic of Ireland is back after a twelve month absence and takes its place as the traditional championship opening round in 2019. The move to a one day international seems to be a popular one with competitors, with an increase in the number of those committing to the series compared to the same period over the past few years. Craig Breen & Paul Nagle will be a huge attraction in Galway and will surely be the benchmark for the championship contenders. Among those who have entered early are the Moffett brothers, Sam (2017 Tarmac Champion) and Josh who took the title last year. They will both be looking to get their campaign off to a strong start in the west.

Donagh Kelly makes his much anticipated return to the championship the 2015 champion having acquired a Skoda Fabia R5 which could be a formidable car on Irish tarmac while 2014 champion Declan Boyle has an R5 Fiesta at his disposal. Desi Henry had some very mixed fortunes last year, and will be hoping for better luck this time round in his Fabia. Daniel Cronin only appeared on some rounds last year, but his pace grew stronger with each passing event and he will be hoping to push on for the coming season, while Jonny Greer who was unlucky not to win in Cork last year also returns to the championship.  Stephen Wright did very little rallying last year and will be looking to get off to a good start on an event where he has performed well in the past. Stephen McCann arrives back on Irish tarmac after a year out in the Forestry Championship and will be looking go well in his Ford Fiesta R5.

Philip Allen, Manus Kelly, Aaron MacHale & Merion Evans are others to enter and also looking at committing to a season on the championship trail. Jon Armstrong is one of the brightest young talents in Irish rallying and he will be one to watch in his Fiesta while others to move to R5 machinery include Ross Forde & Aaron McLaughlin. Cathan McCourt has also moved to an R5 after several years in a Mitsubishi Lancer on selected events, and with a plan to tackle the Tarmac Championship in 2019 it will be interesting to see how he develops. There are others who  Other interesting entries include West Cork drivers David Guest and Jer O’Donovan who are both in Skoda Fabia S2000’s while Willie Mavitty should be back to defend his Group N title from 2017 & 2018. Michael Boyle, Dean Raftery, Andrew Burke, Nick Barnett and Andrew Davies are others to enter as the Group N category gets a welcome boost in numbers.

Numbers are very good to date for the National and Junior categories, with JR McDaid last years Modified Championship runner up entered in Galway along with Columba Heena, Tom Flaherty, Conor McCrossan & Mark Dolphin who have all registered. This number is sure to rise by the weekend of the rally with drivers such as Damian Toner and Damien Tourish also entered. The Historic Championship is of course heading into the second round and early entries have been received from David Goose, Ray Cunningham, Craig MacWilliam, Adrian Kermode and George Cullen. Junior competitors who have entered and registered to date include Cian Walsh, John Joe Williams and Barry Archer. With just under two weeks still to go, there is great anticipation in what could be one of the closest championship battles in recent times.